When Did Glorifying Pedophiles Become Acceptable?


Okay, firstly my disclaimer! Roman Polanski, Jimmy Page, Woody Allen or R Kelly are not knocking down my door to work with me, so writing this blog is easy… I won’t lose a part in the next critically acclaimed art house movie or get nixed from singing/ writing on a multimillion selling Beyoncé album, or be replaced by Christina Aguilera on the next Lady Gaga duet (I’m still really confused how these two justify these commercial endeavours … what happened to Sasha Fierce’s “Independent Ladies”.. maybe the “Applause” and “Fame” are more important after all?!). However, I’d like to think (actually I’m pretty damn sure) that even if I had something to lose I’d still be writing this. Not because I'm a do-gooder, not because I’m perfect, (believe me I have skeletons in my own closet, albeit none of them involve kidnapping underage girls, sexual molestation, rape or activities related to child pornography) and certainly not because I'm “a hater” (God bless the eloquence of Twitter)…The only fallout I might experience is being struck off a few Grammy party invite lists…

Of course, the names above are nothing more than a tipping point for a much broader ethical/moral issue… I could talk about the acceptance of beating up women, (Chris Brown, Charlie Sheen,) torturing animals (Michael Vick) racism (Paris Hilton, John Mayer, Paula Deen, Mel Gibson)… the list goes on and on and on.

Nevertheless, for me what separates the above names and their alleged crimes are two words - child abuse… As a so-called civilized society isn’t one of our basic responsibilities to protect children? To place fame, wealth, power and corporate profitability above the needs of those incapable of protecting and speaking up for themselves is appalling. When did our moral compass become nothing more than an incidental footnote at the bottom of a self-serving parasitic food chain?

What does it say about us when sexual predators get standing ovations from Academy Awards attendees or lifetime achievement awards from so-called respected media/entertainment sources or glowing “Magnificent Ode to Pussy” albums reviews (…thank you Jezebel for such insensitive, insightfulness?)

When did moral outrage get diluted by moral indifference?

Surely there is a point where we have to draw the line and say this is unacceptable. Your fame, money, power or even talent might allow you to exploit a court of law, but it should not give you immunity from the court of society… To keep it simple ask yourself this…If you knew a local store owner or teacher was a pedophile, would you excuse his/her behavior and continue to frequent that store or allow that person to exert influence on you or your children? If the answer is no, then do not enable artists to do the same… Talent is not an excuse. It is not a get out of jail free card and I find NO JUSTIFICATION in separating the man/woman from his/her work… Ironically one of my favourite songs was “I Look To You” written by R Kelly, but the beauty of the song cannot overshadow the ugliness of the man. There are many talented individuals out there who are not guilty of some of the crimes listed…

So of course, if you don’t give a damn about child abuse then feel free to spend your money watching Woody Allen’s “Blue Jasmine” or go and buy “Black Panties” and sing-along with R. Kelly … after all, the world needs lyrics like “I’ll kill the pussy, dig a grave… I beat the pussy till it’s blue … beat the pussy, Django.”

Me, I’m not comfortable being a sycophantic pedophilic enabling apologist. Are you? 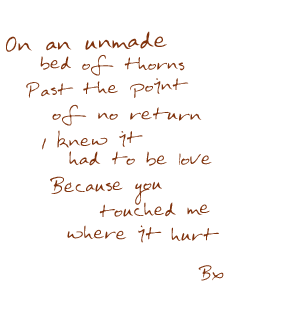